Class 1 on a Gnat 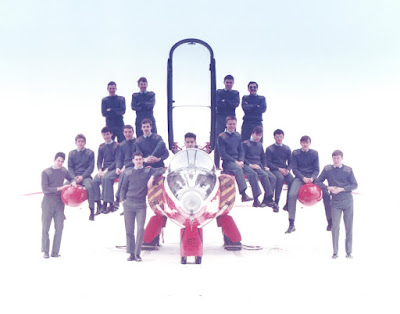 This picture was taken at the time of completing our airfield training, very close to passing out from the apprenticeship. It was taken on a snowy, cloudy day so the whole background has faded to white, giving an impression we are actually floating. Not even we were good enough engineers that we cuould make a Gnat float . . .

The Gnat was the aircraft we used to practice our overall training and skills on in the hanger in a 'real' environment. We had to remove various major componants and rebuild the aircraft. This included the engine, which was subsequently test started once the exercise was complete.
Posted by photohodge at 23:21