"Mick" Carroll here from Class 2. First of all, thankyou to Tony for sorting out this google group and the 139 entry website.

I'm now known as "Dan" - soon after leaving Halton, I joined the Kinloss Mountain Rescue Team where nicknames were prolific - I was soon named Dan (apparently due to a similarity with Desperate Dan the comic book character). Kids can be so cruel! The name stuck for the next 20 years in the mob.

Anyway, as we were leaving Halton in 1985, I managed to remove from the DI's Office all 4 of the old class photos that were taken during our first few days at Halton in May 1982. You will surely understand that my motive for taking the photos were in the interest of safe, long-term preservation of these priceless archives (although some might say that I nicked them in true 139 "nob out" style)!

As you will soon see, we all look very young and shiny and smart - although some of the faces of those that "escaped" early are crossed out. I'm glad you have now got the chance to peruse them after all these years - thanks again. 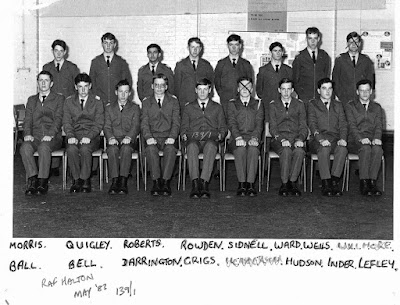 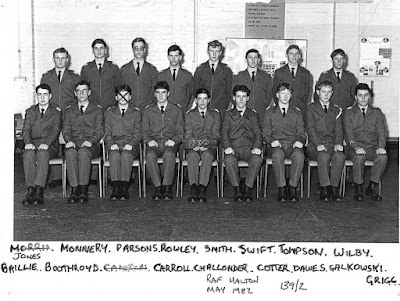 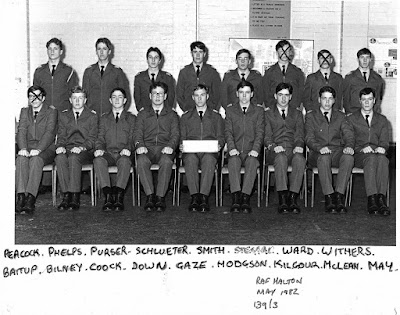 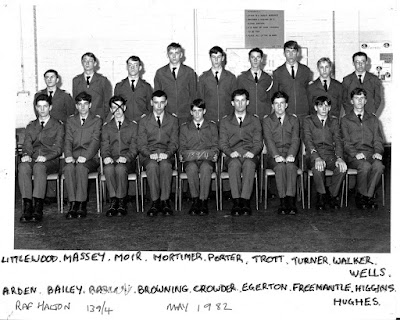 Gee - don't we all look so happy to be here. Not a happy time. Those were the days!

I'd forgotten most of these folks who had 'X' on their faces (they dropped out in the very early days). Class 3 seemed to have more than its fair share from some reason. I'll have to update the entry names list.