Getting this one in EARLY, for a change as we have a fixed date and location!

Our first reunion (2013) took place at the RAF Halton Apprentices Triennial and it was a blast. Staying Friday night in the accomodation blocks, eating in the mess, a great night in the SNCO Mess bar and lots of reminicing around the various locations of the camp during Sat - incluing a parade and marching down the hill with the band! Sat night out and about in Milton Keynes.

At that reunion we had such a good time, we agreed to meet every year around the same time. In years when the Triennial takes place, we meet at Halton. In other years we meet in other parts of the UK (2014: Betys-y-Coed, 2015 - to be held in Norwich in Oct)

So here is 'the gen' for the 139 Entry Reunion 2016:
Last Triennial we struggled to get local accomodation for the Saturday night - so we will be working in the coming months to secure spaces around the Wendover area.

If you have any doubts about the Reunion craic - please see Rich Martin's (Turner) review of 2014. It's relaxed, great fun and not expensive - the more the merrier, so come and join in!

See you there, Tone.
Posted by photohodge at 09:17 No comments: 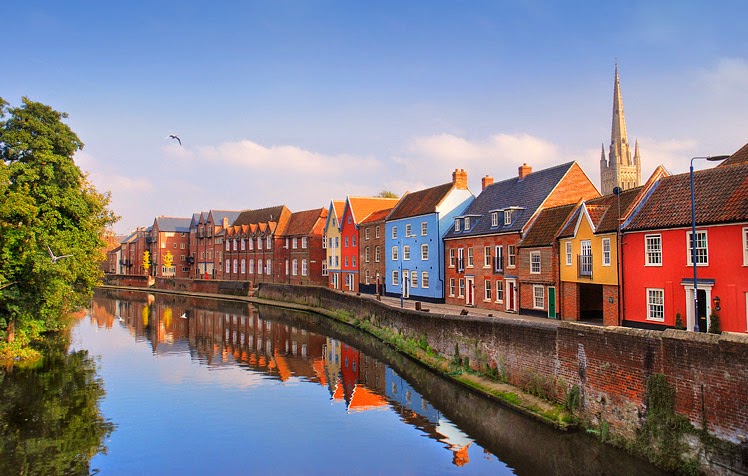 As usual, I've been a little slow about posting this on the website/blog. Mostly because our Facebook (FB) group is where most of the chat goes on . . .  www.facebook.com/groups/139entry/

This is the 30th anniversary of our 1985 Passout and we're looking to get as many 139s at the reunion as possible. So far we have a number of 'new faces' confirmed as joining us in 2015, after successful reunions in 2013 (Raf Halton Triennial) and 2014 (Betwys-y-Coed).

Right now (17 April 2015) we are taking bookings at the hotel for rooms (single or shared occupancy). You can contact the hotel direct and mention the reunion and reserve your room.

If you have any doubts about the craic - please see Rich Martin's (Turner) review of 2014. It's relaxed, great fun and not expensive - the more the merrier, so come and join in!

See you there, Tone.

Posted by photohodge at 08:25 No comments: 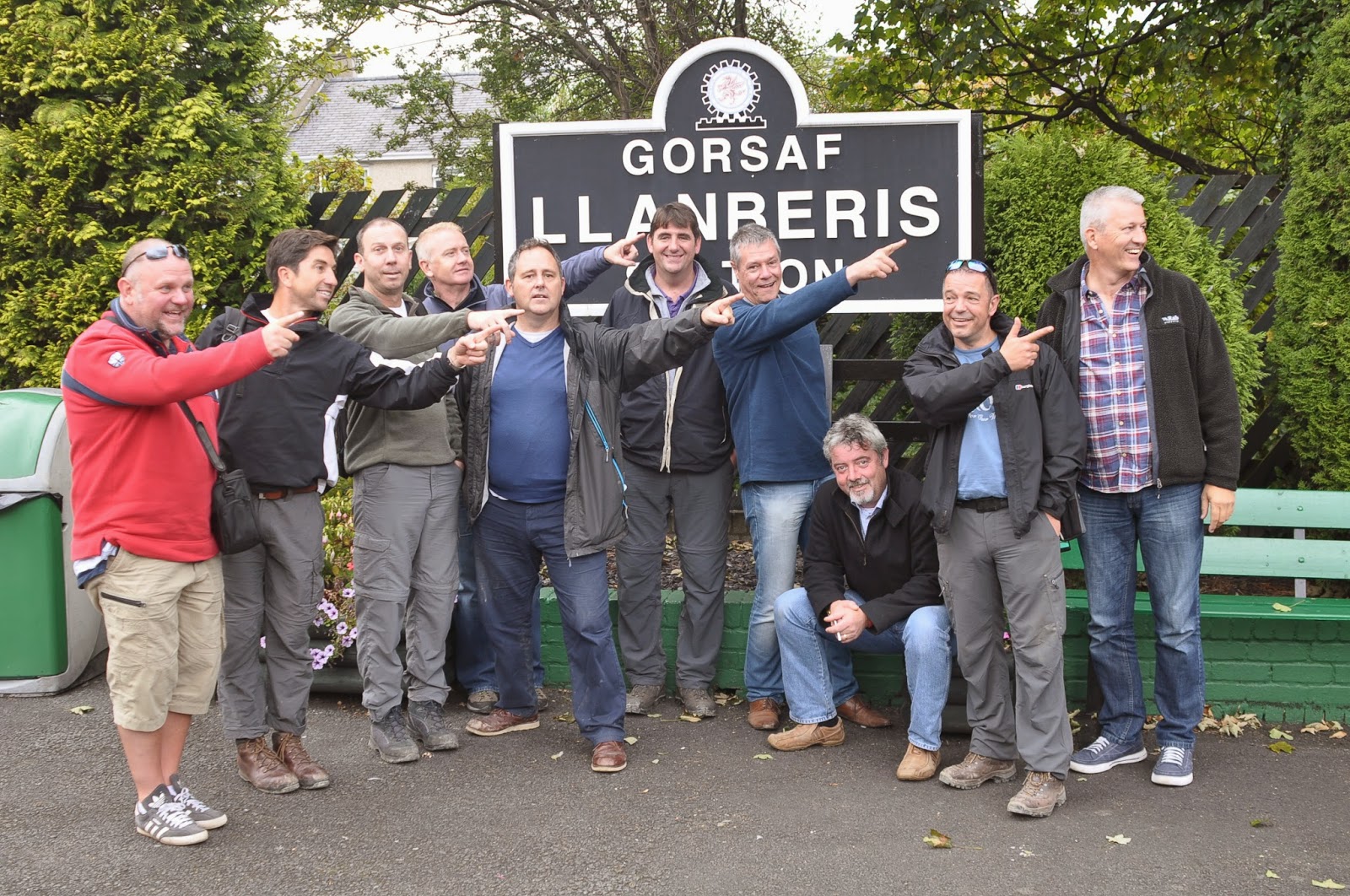 I have attempted a brief-ish résumé of our weekend, partly to ensure my ageing memory can remember it in years to come and partly in the hope that those yet to attend may overcome any doubts (or double bookings) and get along to next year's shindig. Maybe someone can copy it to the non-FB members (please)?

Well it was a long time coming and yet over in a flash! I will confess to having had some reservations having not seen most of you since 1985 but it's fair to say the doubts very quickly melted away. The years in between fell away and we were that bunch of lively teenagers, reliving our antics; some I knew of already and some I definitely didn't! I did have a brief moment thinking it was a shame I didn't go last year but then I remembered I was still a serving rozzer back then! We experienced several Sect 5 Public Order offences, confessions of invasions of privacy, thefts, criminal damage, burglary, harassment, drinking and driving, driving other than in accordance with a driving licence, driving no insurance and the list went on! But enough of my RAF career; plenty of you lot had a similar list of misdemeanours!

I wondered how long it would take to break the ice. In my case not long, a pre-journey couple of pints with Mr Cotter (who by some quirk of fate now lives 5 minutes from me!) and then a lift from Mr Purser (who did actually help me with my enquiries as a serving officer back in the 90's!)....and so the banter and catching up began. I arrived, saw some familiar faces assembled outside having a beer (quelle surprise) and walked across the car park to cries of "hello old friend". OK so actually they may have shouted "bender!" or something similar I think but I was feeling the love.....No, really I was!

Tony (Hodgioni) aka 'Little Big Tony' (see below) had clearly put in a lot of time and effort researching the excellent accommodation, eateries, activities and produced an excellent itinerary. A big thank you Tony on behalf of us all and we promise that next year we may even read it!

I won't give a blow by blow account of the Friday meal and copious drinks that followed, what's said on reunion................and anyway a 'caution' had not been given so nothing was admissible in court. Suffice to say much piss-taking and laughing ensued and speaking for myself and one or two others, there were some 'delicate constitutions' in the morning.
After a hearty breakfast the fun then hit the road with the group splitting down the middle (there you go, doubters of the soothsayer - the group was split asunder as predicted!!!!). Half to walk up some big hill and the others to take the train after a quick photo call at Capel Curig Training Camp (very maturely resisting the urge to have away any 'Gizzits'!!!!).
The yompers made good time and arrived before the train in time for our happy band of brothers to reform and make the arduous final assault on the summit together. All 40 feet of it....but What a View! Sorry, I meant "Where's the ****ing view?!!!". Hey, we made the summit. I know because it said "summit" at the top! Photos (of clouds), more piss - taking, a train ride through some different clouds, collected cars, collected parking tickets and returned to base camp.

Once back at the Hotel some made use of the facilities, mainly the bar and lots of photos (featured elsewhere on this page) were taken before decamping to a restaurant in Betws-y-Coed. A great choice ( thanks again Tony - henceforth known as Tony Hodgioni for reasons only likely to make sense if you were a). there and b) inebriated!!!). Excellent food, plentiful drink (though generally a little less drink than the previous night!) and great company. Much merriment ensued including a poor young waiter being introduced to Little Big Tony Hodgioni by John (The Teflon Don) Purser and Glenn (Poker Face) Cotter. OK so I made the last two up. To his credit the waiter took it well! More drinks in the beer garden, more in the hotel bar and so to bed..........

Sunday morning breakfast was a full house (I think) and a last chance to pass around more of those old photos (how young???!!!). It was agreed that the weekend had been a success despite the lack of clear planning or direction (what itinerary?!!!) and that another trip should be planned for the 30th anniversary year of our passout so discussions ensued about when/where (details to be posted.......Tony Hodgson?!!! ). Most of the group then headed home (but not before queuing up to give Ged a much wanted man-hug from all of us!!!) with a few remaining to make the most of the much-improved weather to go for another walk (and perhaps they will let us know how that went - if they got back?).

A genuine heartfelt thanks to Little Big Tony Hodgioni for all his efforts and indeed to everyone for entering into the spirit and regressing 29 years for a great weekend. Let's redouble our efforts and see if we can encourage many more to pencil in the 30th anniversary of our passout.


Rich Martin (Turner)
Posted by photohodge at 07:51 No comments: